I was listening to a radio piece on NPR this week about the role of fake news in our country. A segment from the Diane Rehm Show was played wherein Scottie Nell Hughes, political editor of RightAlerts.com, claimed the following: “There’s no such thing, unfortunately, anymore of facts”. Syntax would also seem to be on the way out, but that is another issue. The first thing that struck me about this statement was that it was, rather ironically, not a fact. It was itself a piece of ‘fake news’. Facts, it turns out, are still with us. For instance, it is a fact, that now in my early 40’s, if I run around a soccer field for 90 minutes trying to keep up with players in their 20’s, I need to lie down in a dark room the following day while my body responds to the shock. No amount of fantasy will change that reality. I am no longer as spritely as I once was.

It turns out, though, that Ms. Hughes wasn’t really talking about facts but belief: “And so Mr. Trump’s tweet amongst a certain crowd, a large — a large part of the population, are truth. When he says that millions of people illegally voted, he has some — in his — amongst him and his supporters, and people believe they have facts to back that up.” For Ms. Hughes, the possession or not of the facts is not the operative thing; it is whether people believe they have facts or not, even if they don’t have any at all. If they believe that a claim about the world we live in can be supported by facts, then that belief in the possibility of facts is as good as having the facts themselves.

This certainly seemed to be the train of thought that North Carolina resident Edgar Maddison Welch utilized when he fired his assault rifle in the Comet Ping Pong pizza restaurant in Washington last weekend because he believed it lay at the heart of a Democratic Party child sex-trafficking operation. Mr. Welch had apparently been motivated to carry out the attack by false allegations made on multiple social media sites. It is a living study in the power of persuasive falsehood. Mr. Welch seemingly believed that there were facts that supported the theory about the pizzeria being part of a sex-trafficking operation, even if those facts were not actually at his disposable the day he decided to carry out his own ‘investigation’.

Of course, people have always been economical with the truth if it has suited them to do so. Adam and Eve didn’t get us off to a good start with that one. However, the current shift away from fidelity to the facts presents a certain crisis for society at large in an age when information is not only so readily available online, it is also disseminated across vast swaths of people via media that is able to influence individual and collective views and actions at a whim. The Roman Empire was good at propaganda. They emblazoned it amidst their civic spaces in the form of great archways and inscriptions making clear to the populations that they had subdued, that life in the Pax Romana was a life worth embracing. Resistance was not only futile, it was suicidal. What the Romans did not have was the ability to tweet or post or ping millions of people in a single communication. They did not operate on the principle of media saturation as a means to enter the minds of possibly otherwise reasonable people capable of discernment. Falsehood erodes our capacity for discerning truth. The more we are immersed in a universe of falsity, the harder it is to discern reality from the construction. 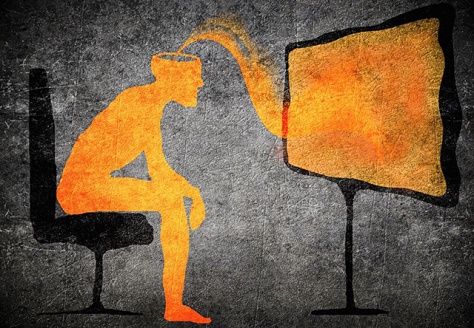 Truth matters. Counter to Ms. Hughes’ assertion that we are in a post-factual age, the Church must take up a role that has always resided at the heart of its theological life: the practice of truth-telling. Liturgically, the act of truth-telling takes the form of confession. There can be no reconciliation, no real relationship, no opportunity for mercy to birth authentic forgiveness without that which we have done and that which we have failed to do being laid out in the open. Human beings need the light of truth-telling as fundamentally as they need air and water. Truth does indeed set us free because it provides us with the opportunity to start over again in our lives amidst the complexities of  friendship and love, of common life and individual ambition. Truth enables grace to be felt in our lives as a living and transformational power. Without truth, grace remains only an abstract hope, not a present gift. 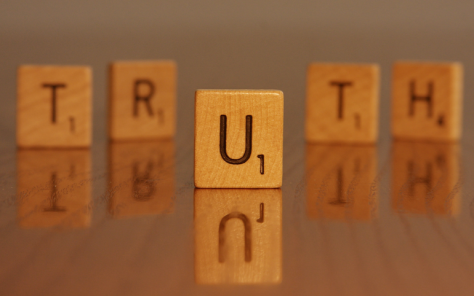 Dorothee Solle once remarked that the phrase, ‘The truth will make us free’, is an invocation to God so that the truth may not be forever buried in lies. We live in a time when the truth is indeed in danger of being buried. For every falsehood that is uttered about the ‘dangers’ of certain immigrant groups living in America, the promise of America   as a nation of all-comers is diminished, until the values that we may have assumed were held in common are no longer visible in our life together; they are buried beneath a facade of fear and exclusion. Solle incites the Church to take up its vocation of truth-telling trusting in a God who does not stand in power over the world, but who is ‘grieved as we are’, ‘small like us’. It is in this ‘small God’ that we must place our hope, for the struggle to proclaim the truth about one another is a struggle that most often begins from the underside of history. The Church will need to sharpen its skills of attentive listening if it is to be a conduit for truth that has the capacity to set us all free. We will have to listen and we will have to speak, over and over, until our hearts beat with the longings of God himself. Truth upon truth, one life at a time.