I was listening to NPR the other week the morning after yet another presidential primary. The presenters were going through the same old post-mortem analysis of what this or that demographic’s electoral behavior means for candidate X and for candidate Y. After a while you learn to tune it out or turn it off, until the unlikely occurrence of a phrase that sticks in the mind. That particular morning, the phrase the NPR commentator used was ‘thinkocrats’. The journalist asking the questions, although not really following the answers, was quite taken by the word, ‘thinkocrats, I like that’. It turns out, as with any new word that you hear on public radio, there is already a website dedicated to the cause of ‘thinkocrats’, outside and presumably inside of the RNC. It  was founded in 2012 by the Iranian-American doctor, Pejman Azarmina and it describes ‘thinkocrats’ as leaders whose leadership style is heavily influenced by their ability to think critically and according to the values that they hold dear (http://thinkocrats.net).

As an educator, the ability to think critically is something that I prize highly in others, and now and again in myself. Yet as the current primary campaign reminds us, this capacity that we all have to think critically, and creatively, and perhaps once in a while even originally, often gets mired in our desire to have our values hold sway.

Values are everywhere. In a way, they are what Foucault called the rules of formation that influence how we talk about and act in relation to any particular subject or discourse.  In my own part of the world, one such discourse is homelessness, a complex social phenomenon that is currently colliding with repetitive force into some pretty strongly held values that are shaping our public conversation.

Much of the discourse that has held sway in our neighborhood around the issue of homelessness has focused on three E’s: encroachment, enabling, and enforcement. Encroachment: in how some housed residents feel that the pristine image of their Pacific Ocean paradise with million dollar properties in tow has been blurred at the edges by homeless people whom they perceive to make the neighborhood less clean, more dangerous, and decreasingly attractive to tourists and renters alike. Enabling: in the degree to which churches and other service-oriented agencies are perceived to be making a bad situation worse by encouraging homeless people to be homeless in our particular corner of America, presumably rather than in some other corner. And enforcement: because with all of this is an underlying feeling of powerlessness and frustration that people are not being held accountable when they don’t abide by the law. 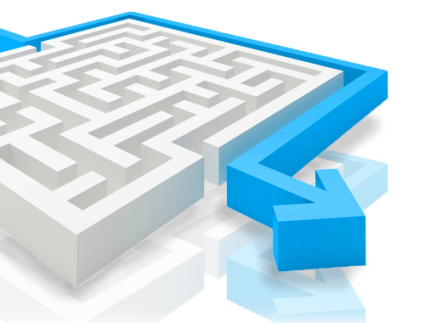 What these three E’s often tend to lead the public conversation about homelessness to is a simplistic analysis of an increasingly complex set of problems, such as: ‘there are good homeless people and there are bad homeless people’; or, ‘people need a hand up not a hand out’; or, ‘if churches would just stop feeding people, then being homeless would be less attractive and so less people would be homeless in the first place’. What the three E’s reveal, apart from the fact that the study of Socrates should be part of the common core in this country, are the values that lie at the heart of many a presidential politician’s platform: the need for individual moral responsibility and for people to stand on their own two feet.

As a Christian, the sticking point that I have always found with those two particular values is that moral responsibility is never entirely a matter of the individual and that in the end, in reply to Cain’s question to God following the unseemly demise of his kin, Abel, yes we are our brother’s keeper. In the end, we belong to one another as human beings. John Zizioulas, the Greek Orthodox theologian, goes as far as to argue that there is no such thing as the individual as such, and that we have our being in communion with others. In other words, the modernist conception of the individual is a false construct. Our personhood is only ever to be found in the other. It is a profoundly significant Christian conviction that says that my personhood can only ever be found in the lives of my brothers and sisters, among others, who live on the street. I am a being in communion with them.

This evening, as I was talking with one of those brothers on the sidewalk following the meal that our church had just served to 80 or so folk who are hungry or homeless or both, one of them doubled back on himself after he had said good night just to tell me that without this meal he would have no idea how he would manage. What is happening in that moment, do you think? Enabling? Charity that hurts, that prevents that person from getting a grip on their life’s purpose and destiny? Is this naive compassion on the part of those serving the meal? Yet could it also be a much-needed source of dignity – a brief respite from the brutality of the street for relationship, and conversation, and for the recovery of human kindness?  Or is it just hope, or all of the above at once?

Primo Levi says that everyone needs a witness. Everyone. Rich, poor, gay, straight, man, woman, housed, homeless –  we all need a witness to our very existence. Human life is infinitely complex and so demands of us infinite patience in seeing it, in attending to its unique expression found in each human person. The Church is a community on earth that is called to pay attention to such complexity. It is called to be something akin to a body of ‘thinkocrats’, of people who are willing to dwell with those whose complexity some in society do not wish to remain with, not only for the sake of others but for our own. For as the prophet Jeremiah reminds us, in the shalom – the deep and abiding peace – of the city, we shall find our own, and in the life I bear witness to, and you bear witness to, we shall find ourselves.