Water into wine… What does it look like to gaze upon a miracle? What does the miraculous power of God infused into the elements of water and wine have the appearance of? Does it sparkle? Were there whispery coils of silver smoke spiraling above the surface, like the Spirit of God that hovered over the waters of the deep at creation?

Characters in the Bible, like the servants at the wedding feast in Cana, are often overlooked in the biblical narrative, seen as side-shows to the real action. Our ears tend to tune into where we believe the important matters lie: with Jesus, and in the wedding feast story with Mary, his mother. Yet here, while it is Jesus who commands them, and as much as it is his mother who invites them to be commanded by him – ‘do whatever he tells you’ – it is the servants who witness the miracle, first-hand; witnesses to the first miracle of a life of miracle-making. And so, for them, as for any of us who are witness to the divine life breaking into our own, the question that might be asked is this: how do we know when we are looking at a miracle?

Scientists are not normally wont to talk of miracles. As children of the Enlightenment, women and men of science are inclined to relate to the world in terms of quantifiable fact and hypothetical probability. Yet there might have been something of a feeling of magic in the air recently at NASA. Using data from three of NASA’s so-called ‘Great Observatories’ astronomers have discovered the distance and size of an extremely massive young galaxy cluster. A galaxy cluster is a structure that consists of anywhere from hundreds to thousands of galaxies bound together by gravity. NASA called this particular cluster young because it is located 10-billion light years from Earth, and it has taken that long for the light to reach the telescopes. Their discovery reveals that what you are I only see as darkness between visible stars is in fact light, perhaps as much light, apparently, as 500 trillion suns. 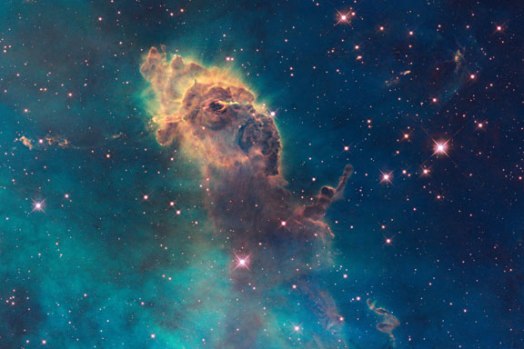 In a way, the prologue to the Gospel of John could have predicted something like that would have happened: ‘The light shines in the darkness, and the darkness did not overcome it.’ Look at the darkness, look out at that which you are convinced is devoid of light and you will see 500 trillion suns. It’s a scientific discovery and a theological truth. Who says that science and religion can’t get along?

You would think that discovering 500 trillion suns would be a big news event. Yet look up ‘news this week’ on the internet, or in fact for any of the last several weeks, and you get the usual suspects popping up: Trump and Cruz, Bernie and Hilary; war in Syria, Cosby in court, China in downturn, boycotts at the Oscars and it goes on. And with them, one story really brings it home why a 10-billion light year away event does not get the attention that perhaps it should, and it is all about what is most pressing in the here and now of our lives.

This news story is of a toddler who had slipped away from a family gathering at a local community center in Newport, Oregon, as everyone was clearing up for the evening, he was found, by a police officer, running down the center of the 101 in the dark. Shortly having rescued the child, Deputy Jeremy Gautney was alerted to the boy’s parents who at this point were frantically searching for their son. You can imagine the anguish and the outpouring of relief as their son was returned to them and then the anguish once more as they were told where he was found and replay what could have so easily happened had he not been discovered in time.

As the parable of the toddler tottering alone highway 101 teaches us, we can so easily forget or neglect the great gift of life that is offered to us in one another. Like the person who gazes up at the heavens and only sees darkness between the stars in the night sky, we need scientists and their telescopes to remind us that in the seeming darkness actually lies a great light, like 500 trillion suns setting the heavens ablaze. Yet NASA discoveries only happen once in a while. To become people, like those servants peering into the water jars making a miracle before them, who are inclined to see the light of God around us, we will need to get into the habit of dusting off our own spiritual telescopes and using them; something we have been trying out in our own part of the world this week with our very own ‘Tiny House of Prayer’.

Our tiny house was designed and built by a member of the congregation and was used at the recent Pacific Beach Homelessness Coalition meeting as an attempt to pique people’s imaginations for what could be creative solutions to homelessness in this neighborhood. During its time in our own building people are being encouraged to use it as an opportunity not only to learn about homelessness and tiny houses but also to post their prayers upon it for those who are homeless in our midst.

It’s nothing that sophisticated really: sticky notes and markers and a word of prayer stuck to the frames and sides of a tiny home. Yet these small acts of prayer have the potential to serve as mini-epiphanies of their own, manifestations for all who may see those post-it-note prayers, that those who have often been mistaken for people who lack quite as much light as the rest of us – the homeless, the poor, the outcast, the unloved – are also manifestations of the miraculous light of Christ in this world.

And what is more, as prayer after prayer is laid upon that house, the people who do so have the chance to get into the habit, into the habitus, of a life of prayer for others that is needed if we are going to be able to see light around us, able to see one another as God sees us: the miracle of human life before our eyes.